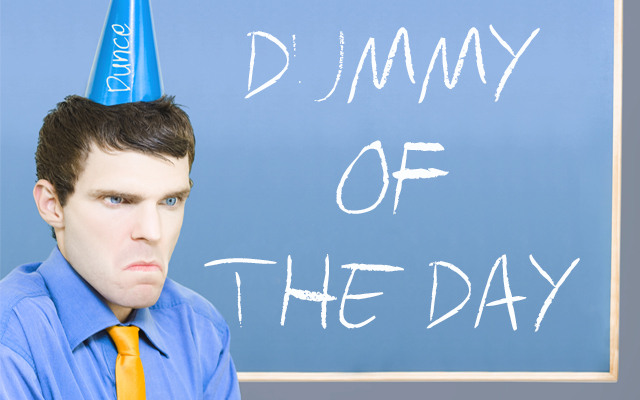 Word of the wise: don’t lie to a police officer when they hold up your big bag of drugs.

This latest snafu from a Florida man goes beyond the classic, “Those aren’t mine, I swear” excuses — instead, this man claimed his stash of drugs were staples one can find in the baking aisle at his or her local grocery store.

12 News reports that Jethro Geneus, 30, was pulled over around 3 a.m. for an unknown reason and the trooper saw the man’s feet playing with a backpack.

After being ordered out of the car, the trooper found Geneus — who is from Port St. Lucie —  had an outstanding warrant for his arrest.  The officer then searched the backpack and pulled out two large bags containing a white and brown substance.

Geneus claimed the mystery powders were “sugar and a bag of corn starch to bake a cake,” which probably tipped off the officer because who bakes a cake at 3 a.m. in the morning?

The officer weighed the bags, which came in at  299.5 grams — or a sixth of a pound.  A test also came back saying that the substances were ecstasy or molly.

And, to add insult to injury, when Geneus was taken to prison… he “dropped” another bag.  The white powder substance inside turned out to be meth.

He was charged with trafficking phenethylamines and, obviously, will not be doing any “baking” anytime soon.