We Can’t Pick A President of the United States – But A Dog Can Be Mayor In No Time! 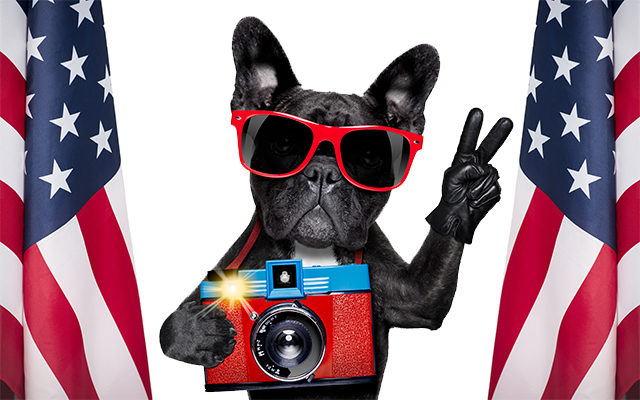 In the small town of Rabbit Hash, a French bulldog named Wilbur Beast has been elected as the new mayor. The competition? A Beagle named Jack Rabbit and a Golden Retriever named Poppy.

A Facebook announcement from the community’s historical society detailed just how the canine secured the win.

“Mayoral election in Rabbit Hash has been called! Wilbur Beast is the new mayor with an amazing 13,143 votes (highest winning total ever) toward an election total of 22,985!!! (Also the highest total ever for a Rabbit Hash election),” they wrote. “Jack Rabbit, the Beagle, and Poppy, the golden retriever came in second and third, making them both Rabbit Hash Ambassadors along with Ambassador Lady Stone, who will retain her position. Congratulations to the winners!”

While a dog winning an election may sound like a joke, for this town it’s far from that. According to WLWT, Rabbit Hash has been doing this since the late 1990s as a fundraiser. For just $1, people can “vote” for their favorite canine candidate and the money goes to the Rabbit Hash historical society — meaning this campaign raised a whopping $22,985.

Now, when it comes to Wilbur Beast’s duties as mayor, that’s simple.

The society noted that his job will be to “greet visitors and make them feel welcome, promote Rabbit Hash and the Rabbit Hash Historical Society, fundraise, attend events to represent the town.”

WATCH: Eddie Is On His Walk From West Virginia To Tennessee

PHOTOS: Eddie On His Walk From West Virginia Down To Tennessee

HARDY delivers a Huge Military Surprise to US Navy Family