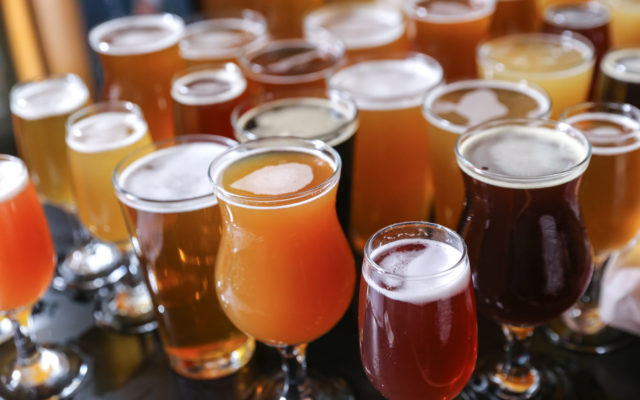 Craft Beer Tasting Flight. The U.S. now has more beer styles (150+) and brands (20,000+) to choose from than any other market in the world. More than 5,000 breweries are responsible for the beer brands available in the U.S. and the Brewers Association estimates more than 2,000 craft breweries are in the planning stages.

Talk about a dream diet — a beer diet.

For the Christian tradition of Lent — where individuals typically give-up something for a certain amount of time — Ohio man Del Hall has decided to give up food and go on an all beer diet. It’s more than just for fun though, there are actually two great outcomes — he raises money for charity and loses weight in the process.

According to a GoFundMe page, Hall, who’s described as an army veteran, brewery owner, beer diet innovator, and beer influencer first gained notoriety in 2019 for his unique diet. While it’s called the beer-diet, he also consumes water, black coffee, and herbal tea.

This year Hall began his diet on February 17, Ash Wednesday, and will continue for 46 days until Easter on April 4. During this time he will be raising money for bar and restaurant staff in southern Ohio and northern Kentucky through the GoFundMe which has been dubbed “Sgt. Del’s Virtual Tip Jar.”

Hall is also chronicling his journey on Instagram @sgtdel. So far, seven days in he’s lost over 13 pounds!

BBSRadiothon: Maddie & Tae Perform “The Other Side”

BBSRadiothon: Mitchell Tenpenny Covers 3 Doors Down “Here Without You”