Put A Mask On Your Cows, It Saves The Environment 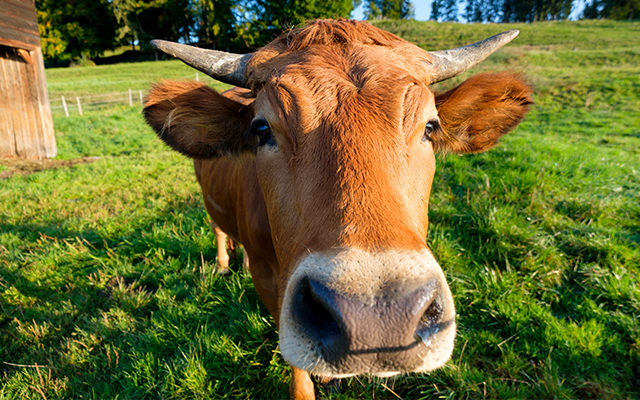 The answer to climate change is… cow burps?? Yes, really.

Word on the street is that a cow burp-catching mask will help reduce the amount of methane emitted into the air by cattle and, thus, aiding in the fight against climate change.

Previous reports names cow farts as a huge culprit contributing to the global crisis but, according to Wired, the gas coming out of their dairy-air is not as big of a culprit as a belch, which can account for up to 95 percent of methane emissions — this is where burp-catching masks come in.

The mask, developed by UK company Zelp, is attached to the animal and contains technology that “detects, captures and oxidises methane when it is exhaled by the animals,” the company’s co-founder Francisco Norris said.

The burp-catching mask will also allow owners to check on the well-being of their cows and track animal behavior like “production yields, rumination, rest and activity periods and feed intake.”

So, there you have it. Face masks aren’t just for people anymore.

Bobby Bones Shares Worries He Has About Parenthood