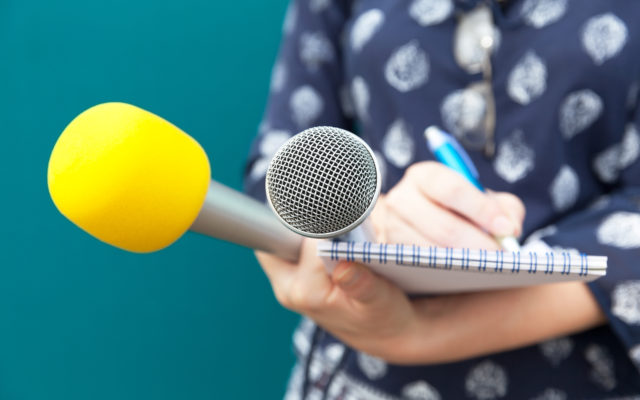 Woman accused of urinating on potatoes in Walmart turns herself in

(NOTE NATURE) Because we know you’re thinking it, we’ll say it: this lady certainly put the ‘p’ in potato.

Law enforcement in West Mifflin, Pennsylvania say Grace Brown was accompanied by her attorney as she turned herself in Tuesday afternoon after the 20-year-old was apprehended last Thursday urinating on a bin of potatoes in a West Mifflin Walmart.

Authorities identified Brown through surveillance footage before contacting her.  According to the borough’s police department, Brown confirmed that she’s the person on camera. An employee at the Walmart also witnessed Brown’s tinkle on the taters.

“She’s embarrassed,” Brown’s attorney, Casey White, told WTAE-TV. “She’s a young woman that made a mistake, but she’s going to address whatever issues she may or may not have.”

Walmart said in a statement that the affected tots were immediately disposed of and the area was sanitized.

Sometimes, you need to conduct a roadside sobriety test to determine if someone’s driving drunk.

Sometimes, the driver makes it easier to determine.

For example, a 19-year-old crashed her Range Rover into the front gate of an Orange County, California jail facility at 3:30 a.m. Tuesday morning.

As KABC reports, Orange County sheriff’s deputies responded to the accident and arrested the driver in short order, charging her with suspicion of driving under the influence.

Ironically, the unidentified suspect had to be taken to a separate jail for processing — not because of the damage done to the one she struck, but because that facility had been temporarily closed earlier this month for renovations.

“I now pronounce you dog and wife…”

Some women say all men are dogs.  For Elizabeth Hoad, that option wasn’t necessarily a bad one.

The 49-year-old’s love life consisted of four failed engagements and over 200 dates.  So she gave up men and instead, married her dog, a golden retriever named Logan, during a ceremony on live British morning TV.

Alison Hammond, a presenter on ITV’s This Morning, pulled double-duty Tuesday as the officiant. Hammond couldn’t contain her laughter as she asked if anyone had “a bone of contention as to why they should not be joined together.” She allowed anyone to speak, bark or forever hold their peace.

Hoad, decked out in a white dress, even presented a ring to Logan, who was outfitted in a tuxedo with matching top hat.

“It was like we were meant to meet. He’s saved me and I’ve saved him,” Hoad said on the TV show. “I was broken before I got him. I got a dog behaviorist when I first got him and she said he’d saved me.”

The suggestion to marry Logan came from Hoad’s group of girlfriends. Hoad said after trying multiple dating websites, the final straw was speaking to a man on Facebook only to find out he was married.

And when you consider that 25 human years is about two-and-a-half in dog years, that’s pretty young.