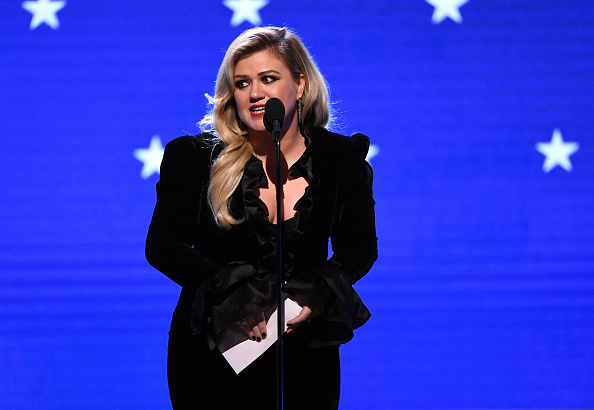 Kelly Clarkson was back in her bathroom for another edition of “Kellyoke.” The singer and talk show host is quarantined in her Montana cabin while the Coronavirus rages on and her talk show is on hiatus.  Clarkson decided to honor the late Kenny Rogers in her latest edition.

“I was planning on doing (a different song), and then Kenny Rogers passed and I thought I would honor him. What a beautiful man. Beautiful songwriter. Beautiful singer. Actor. He did all of the things,” Kelly said before belting out her favorite song from Rogers, “Sweet Music Man.” Clarkson called the song “pretty” and promised to do less depressing songs in future “Kellyoke” videos.